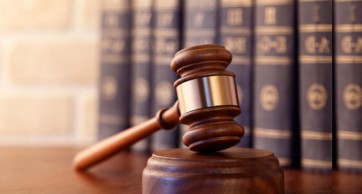 The Juvenile Justice Board on Tuesday granted them bail. They were released from the Juvenile Home in Saidabad.

The fifth minor, son of a legislator, remained at Juvenile Home. His bail petition is likely to come up for hearing in Telangana High Court later in the day.

Saduddin Malik, the only adult in the case, also remained in jail as his bail petition was already dismissed.

Four children in conflict with law (CCLs) have come out after remaining in custody for nearly 50 days. The Juvenile Justice Board granted them bail after their counsels contended that they were entitled to bail as investigation into the case has been completed by the police.

The Jubilee Hills police have completed identified parade, recording of statement of the survivor under Section 164 of the Criminal Procedure Code before the magistrate, DNA test and forensic examination of the car in which the minor victim was gang-raped by five of the accused.

The prosecution opposed the bail plea on the ground that their release could hamper the investigation which was still underway.

The Juvenile Justice Board ordered release of the four CCLs on the condition that they will cooperate with the investigation officers, record their attendance before the district probation officer, Hyderabad, every month. They were also directed to furnish two sureties each of Rs 5,000.

The Board on June 22 had dismissed bail petitions while agreeing with the argument by the prosecution that in view of the serious nature of the offence they should not be granted bail.

Six accused, including a major, were arrested earlier last month for gang-rape of a 17-year-old girl in a car on May 28 in the upscale Jubilee Hills.

They had trapped the victim after a daytime party at a bar and after offering a lift sexually assaulted her.

Five accused including, son of a leader of ruling Telangana Rashtra Samithi (TRS), have been charged with gang rape while sixth accused, who is son of a legislator of Majlis-e-Ittehadul Muslimeen (MIM), is facing molestation charges.

According to police, the accused could face punishment for not less than 20 years or imprisonment for life till death or even death penalty.

The sixth minor was not involved in rape but he kissed the victim in the car. He has been booked under IPC Section 354 (assault or criminal force to woman with intent to outrage her modesty), 323 and Section 9 (G) read with 10 of POCSO Act. He could face five-seven years imprisonment.