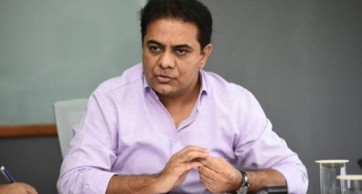 Rama Rao stated that the violent protests are also acute indicator of the magnitude of unemployment crisis in the country.

"From One Rank - One Pension to proposed No Rank - No Pension," he added.

One protestor was killed and three others injured when police opened fire to bring the situation under control.