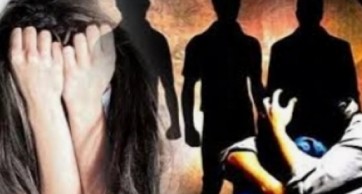 The five juveniles, including son of a Telangana Rashtra Samithi (TRS) leader and that of another legislator of Majlis-e-Ittehadul Muslimeen (MIM) were brought from Juvenile Home to Jubilee Hills Police Station for questioning.

Police officers were questioning the minors on the basis of the statement given by Saduddin Malik, the only major accused in the sensational case.

As Malik's four-day police custody ended on Sunday, police produced him in the court on Monday. The 18-year-old was sent back to Chanchalguda Central Prison.

The police reportedly collected vital information from Malik as to the role played by each of the accused in the incident that occurred on May 28 in the upscale Jubilee Hills. Based on the disclosures made by him, the police were questioning the minors.

Police will continue questioning three of the juveniles on Tuesday while the remaining two will be in police custody till Wednesday.

Sons of two corporators of Greater Hyderabad Municipal Corporation (GHMC) and Sangareddy allegedly played a key role in trapping the victim, who had left the pub after they misbehaved with her during the party hosted by a minor based in Bengaluru on the eve of reopening of schools.

The accused told police during the questioning that they had not consumed liquor or drugs.

The police gathered information as to who among the accused first approached the victim in the pub and who misbehaved with her. The accused were also questioned about who trapped the victim after she came out of the pub and how they convinced her to board Mercedes car with them for Consu Bakery and what happened in the vehicle en route.

The investigators also collected information as to why the accused left Mercedes and boarded Innova at the bakery. They were also questioned about the sequence of events that finally led to the sexual assault in the vehicle.

Potency test establishes whether a person is capable of engaging in sexual acts or not.

The Children in Conflict with Law (CCL) as the minors are called by the police, are being questioned from 10 a.m. to 5 p.m. every day. After 5 p.m., CCL are taken back to the Juvenile Home.

Out of five accused who sexually assaulted the girl, four are aged 16-17. The fifth accused is 18-year-old Malik, who has been named as number one accused.

The sixth accused who has been charged only with molestation is one month short of turning 18. He is the son of a MIM MLA.

Four minors charged with gang rape include son of a leader of TRS. The leader is also the chairman of a government-run body.

Police say the accused could face punishment for not less than 20 years or imprisonment for life till death or even death penalty.

The sixth CCL was not involved in rape but he kissed the victim in the car. He has been booked under IPC Section 354 (assault or criminal force to woman with intent to outrage her modesty), 323 and Section 9 (G) read with 10 of POCSO Act. He could face 5-7 years imprisonment.